Capacitive load types, such as LED light sources, require increased switching element switching. It is mainly a high starting current, where the current value can reach tens of times the nominal value.

The solution may be, for example, the appropriate dimensioning of the switching elements - for example, by selecting the type of relay that can withstand these high inrush currents - the so-called inrush relays, which, however, are more expensive than the standard relay. Alternatively, limitations of these currents can be used by using NTC thermistors that are not so expensive.

NTC thermistors are temperature-dependent resistors that reduce their electrical resistance with increasing temperature. Thanks to this feature, they are used as current protection devices for electrical and electronic devices, where they easily and efficiently reduce abnormal currents, including inrush current.

Various switching power supplies are often used as power supplies for electronic devices. After the power supply has been applied to the power supply, a large high amplitude start-up current flows into the circuit during charging the smoothing capacitor. Because this switching current can negatively affect the life of the capacitor, damage the switch contacts or destroy the rectifier diode, this current must be limited. As shown in the figure below, starting current limitation can be solved by inserting an NTC thermistor into the power circuit.

The advantage is the elimination of another mechanical element as a possible source of failure, saving space in the rack, the cost is lower than the use of external relays, including sockets 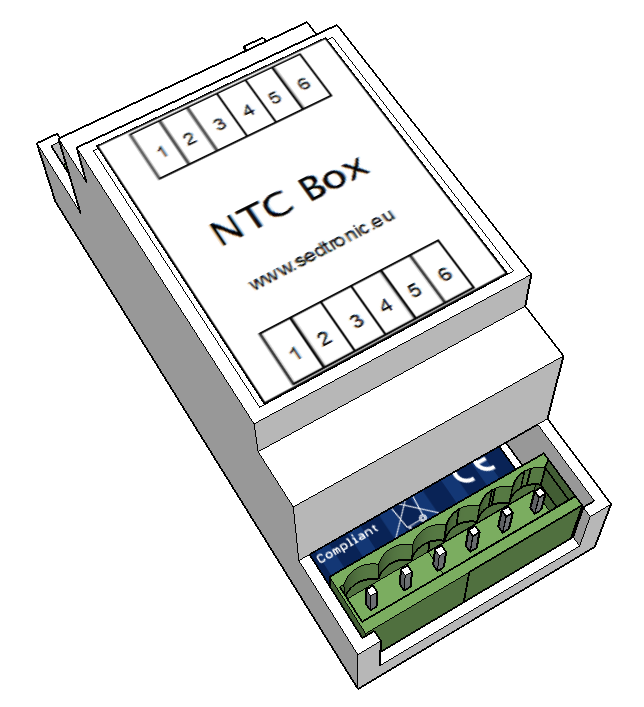